The Root of Your Migraines

You can find all of my “Root of the Problem” posts here. Be sure to leave your questions or personal experiences in the comments section.

Cathy had experienced headaches daily for years; in fact she really couldn’t remember not having headaches. Some days they were debilitating and others she just soldiered on. As a single mom and a teacher she just learned to live with them. While she had been prescribed a variety of medications, none of them worked and she really did not like taking medication in the first place. Now Cathy was retired she had the time to look for other options to address the migraines and improve her quality of life. 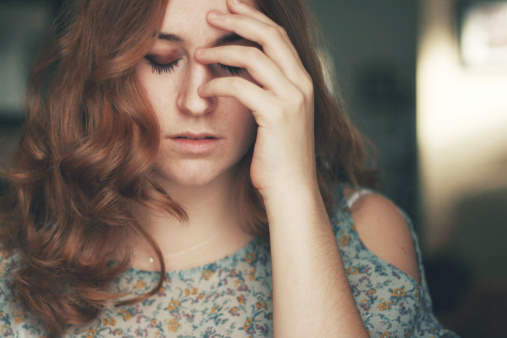 Listening to Cathy tell her story gave me a few key clues that her problems were not in her head as one would expect. As we made our way through her intake these facts stood out:

These symptoms told me simply that her bowels were not doing their job of removing wastes, so her kidneys were forced to overwork. The headaches were occurring because her elimination systems were compromised, thus keeping the acidic wastes from moving out of her body. This stagnation had backed all the way up to her head. Stagnant lymphatic fluids are acidic and cause pain. I believed we had one primary task:

Simply put, the plan was to move the acid wastes downward and out of her body instead of upward into her head.

We addressed this primary task with these steps:

I warned Cathy that while I was certain we could shift this problem, my experience was that the longer a symptom has been present the longer it will take to go away, however, the more diligently she stuck to the program the sooner she would see results.

Cathy was an all-star when it came to adopting a new way of eating and taking her gemmotherapy protocol. Even knowing of her all-out efforts, I was shocked when she emailed a week later to say she had not had any migraines in the previous few days.

I asked Cathy to share a bit of her experience and here is what she had to say:

“I have had headaches since I was sixteen years old. Some were tension and others were migraines. Some were so debilitating that I would have to throw up and go to bed to “sleep them off.” I had tried so many prescription medicines and really nothing seemed to help for any length of time. I had heard of the homeopathic remedies, but had never really given them much thought. I decided to try one more thing. What could it hurt? After beginning my gemmotherapy drops and eating only fruit for breakfast, I had a new feeling. I had energy and NO HEADACHE! It was a miracle! I feel better than I have felt in years.”

Over the next months Cathy has been steadfast with her diet and we are currently working on some of the underlying symptoms now that her migraines are a thing of the past. While I helped Cathy uncover the root of the problem with her migraines and created a protocol to support her bowels and kidneys as we reversed the acidosis in her head, the daily work fell on Cathy. Her willingness to look at her symptoms from a different perspective and openness to experiment with her diet are what moved this process along so quickly. While there is still quite a bit of clean-up work to do, her quality of life has improved tenfold.

Be on the lookout for next Friday’s post where I share a host of practical tips to support your kidneys.